The Growing Popularity of eSports Amidst Covid-19 Pandemic 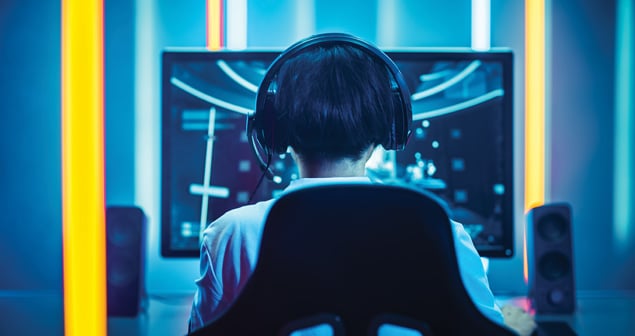 The global outbreak of Covid-19 pandemic has changed the dynamics of games in the sports sector. Most live sports across the world have been cancelled, or postponed with no exact information on new dates. This has not only affected the sports industry but also sports lovers. Due to this current situation, sports lovers have now turned to esports, or electronic sports, for their entertainment.

Streaming of both competitive and casual games has become a rising trend in esports. Most of the major eSports tournaments/events, including PUBG Mobile World League, Overwatch League, ESL Pro League, have switched their operation completely online. Esports has gained a lot of traction, and a significant surge of adoption has been witnessed by stay-at-home fans and quarantine culture.

Notably, esports is one of the fastest-growing industries and a booming market in the world. As per a report by research firm Newzoo, esports sector is expected to generate 1.79 billion dollars per year by 2022. India is also picking up in the international league of esports and has become one of the most potential markets from a growth perspective. Many startups have ventured into esports, such as INRacing, PokerDangal, NODWIN Gaming, and 99Games.

The growing popularity of eSports
In India, esports is not a new thing, but it has gained more significance currently because of the ongoing Covid-19 situation. Esports has emerged as the best tool for not only connecting with games but also with sports enthusiasts, friends, and peers. At the same time, esports also reduces the stress of Covid-19.

With sports broadcasts witnessing a slowdown and repeated telecast of old matches on television, esports is gaining more popularity among sports fans with its live coverage of events. In addition, its flexible nature has made it easier for sports lovers to participate in their favorite events and engage with their favourite esports athletes.

Esports has taken off to another level with increasing viewership and has become one of the most sought after platforms in the sports industry. According to analytics firm Stream Hatche, online streaming platforms recorded a 43 per cent jump in viewership to nearly 495 million hours in the week starting March 29, compared to the week at the beginning of this year.

The interesting part about esports is that it is accessible, and one can play the game from the comfort of their homes with a computer, mobile gaming, console gaming, etc. It’s comparatively much easier and less expensive to begin playing. Other conventional sports are a bit complex in terms of space arrangement to play, equipment, and clubs to run leagues and teams.

Esports has proved to be beneficial for students too. It helps in the personal development of students and enhances their soft skills, such as leadership qualities, communication, coordination, teamwork, etc. To win games, players need to strategise and communicate well, which in turn helps to develop an analytical mind.

Students grow more confident as they practice public speaking live on Twitch and learn to organise teams and manage their time to maximise their efforts. Additionally, the tournaments organised are very inclusive and encourage students with different abilities and skills to get involved in the game. Even if they feel restrained as a player due to their physical limitations, they can take an active part in behind-the-scenes roles.

Twitch, owned by Amazon, is the most popular live-streaming platform in the market. Twitch has interesting features like chat rooms where users can connect with each other, follow channels, and watch live streams for free. It is user-friendly with a strong community base. The biggest attraction of this platform is the ability to stream users’ activities and allow other streamers to watch.

Google-owned YouTube gaming is also becoming popular in the esports world. Despite the fact that Twitch is one of the leading live game streaming platforms, YouTube is a much more preferred platform for live streamers and gamers in India. YouTube is more popular in India because it offers a broad local content portfolio that attracts regional viewers.

Microsoft’s Mixer live streaming platform has a lot of incredible features that are well suited for esports. It provides an engaging and interactive live streaming experience for users with its faster than light (FTL) streaming capabilities. However, in the latest development, Microsoft has announced its decision to close Mixer and collaborate with Facebook. It was recently reported that Mixer was struggling to keep up with its competitors such as Twitch and YouTube.

Leading esports games
Esports has seen exponential growth, increasing live-streaming viewerships, and a rising number of sports tournaments. Though many big tournaments have been cancelled due to Covid-19, the gaming continues at home with increasing viewing figures. Here are some of the most popular games that have created a niche in the esports industry.

Dota 2. Developed by US-based Valve, Dota 2 is a multiplayer online battle arena (MOBA) game that was released in 2013. The game is based on the original game Defense of the Ancients (DotA), released in 2003. It is one of the most played games on Steam. The prize pool for the International 10 Dota 2 tournament has crossed the thirty million dollar mark.

League of Legends. League of Legends (LoL), debuted in 2009, is a multiplayer online battle arena video game developed and published by Riot Games. Remarkably, in the 2019 League of Legends World Championship, more than 100 million people watched the game, including a peak of 44 million concurrent viewers, with a minimum prize pool of 2.5 million dollars.

Counter-Strike: Global Offensive (CS: GO). It is a series of first-person shooter video games developed by Valve and Hidden Path Entertainment. CS: GO is one of the most sought after games on PC. As per reports, CS: GO events were watched by a record average of over 66.05 thousand viewers in July this year on Twitch.

Fortnite. Developed by US-based Epic Games, this video game grabbed the attention of gamers in 2017. Using the same game engine, it is distributed in three distinct game mode versions—Fortnite: Save the World, Fortnite Battle Royale, and Fortnite Creative. One of the major milestones of Fortnite is Fortnite World Cup, which took place in New York City in 2019. The tournament drew a viewership of 2.3 million.

PlayerUnknown’s Battlegrounds (PUBG). PlayerUnknown’s Battlegrounds was first released for Windows in December 2017, and in March 2018 the mobile version was released worldwide. It was developed by PUBG Corporation, a subsidiary of South Korean video game developer Bluehole. According to a report by Statista, PUBG events were viewed by an average of 16.02 thousand viewers on the video streaming service Twitch in July this year. It has recently been banned in India as it is partly owned by Chinese company Tencent.