Can AI Rescue The World From Global Warming And Climate Change? - Electronics for You

Can AI Rescue The World From Global Warming And Climate Change? 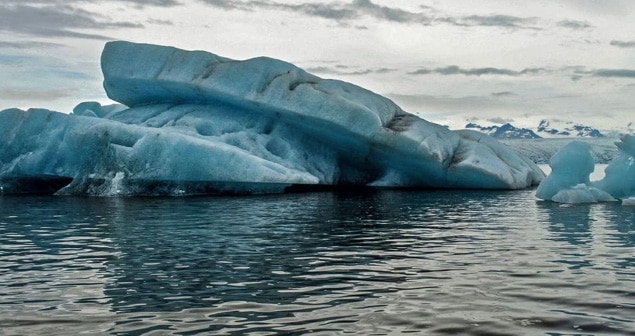 Since last many decades, humans have been engaging in various activities that are directly or indirectly affecting the environment, releasing greenhouse gases, contributing to the rising temperatures, and more. However, the introduction of new technologies like artificial intelligence and machine learning is helping to fight against climate change and global warming

Human civilisation will be at high risk by 2050 due to climate change, as reported by one of the Australian news media. Also, some recent reports suggest that Antarctica’s Thwaites glacier is melting rapidly, and scientists are trying to understand how climate change is affecting glaciers using various techniques and models. It is also reported that glaciers in Kashmir are melting at an alarming rate, and the effect will be felt not only in Kashmir but also in the entire Indus basin. Experts feel that mankind is running out of time, and we must come up with solutions to mitigate the global threat of climate change. 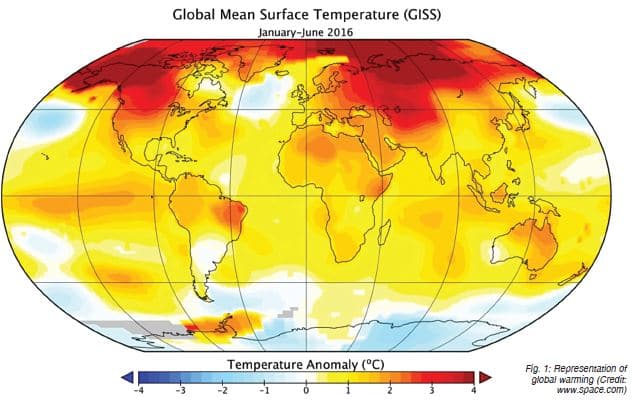 What contributes to climate change?
Before coming to solutions, we need to know the sources contributing to climate change. Starting from the first industrialisation, humans have been engaging in various activities that are directly or indirectly affecting the environment, releasing greenhouse gases, contributing to the rising temperatures, and more. These activities include deforestation, burning of fossil fuels, and land and ocean pollution. Scientists have observed that the amount of carbon dioxide (CO2) and some other greenhouse gases are steadily increasing in the atmosphere. Limiting some of the aforementioned activities could considerably reduce greenhouse gas emissions. This would also mean limiting our energy consumption, including electricity, coal, and oil usages. 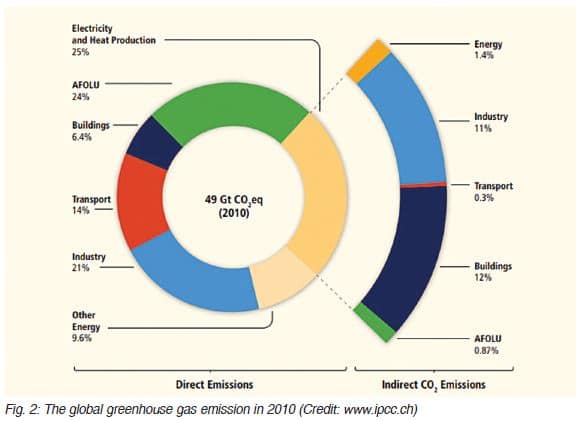 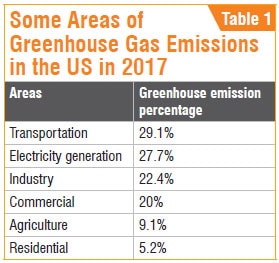 There are different approaches to using AI to study the environment and control climate change. Approaches that are rule-based and learning-based can be used. Rule-based AI helps scientists compile CO2 emission data. Learning-based AI is more advanced than rule-based AI because it can interact with problems, diagnose, and recommend solutions. That is, learning-based AI can not only compile CO2 emission numbers but also study the causes and then recommend the best solutions. These approaches have been used in many uses cases and applications.

Use cases of AI in fighting climate change
Some of the use cases of AI in controlling climate change and related applications are given below:
Global Forest Watch. It is conceived as an open source Web application to identify deforestation in real time using satellite and AI. It provides deforestation details with various features such as country-wise or particular geographical area, forest fire alert with time/date, information related to climate change, etc. For example, a close look at the forest fire alert in the US in September captured through the Global Forest Watch website https://www.globalforestwatch.org is shown in Fig. 3. 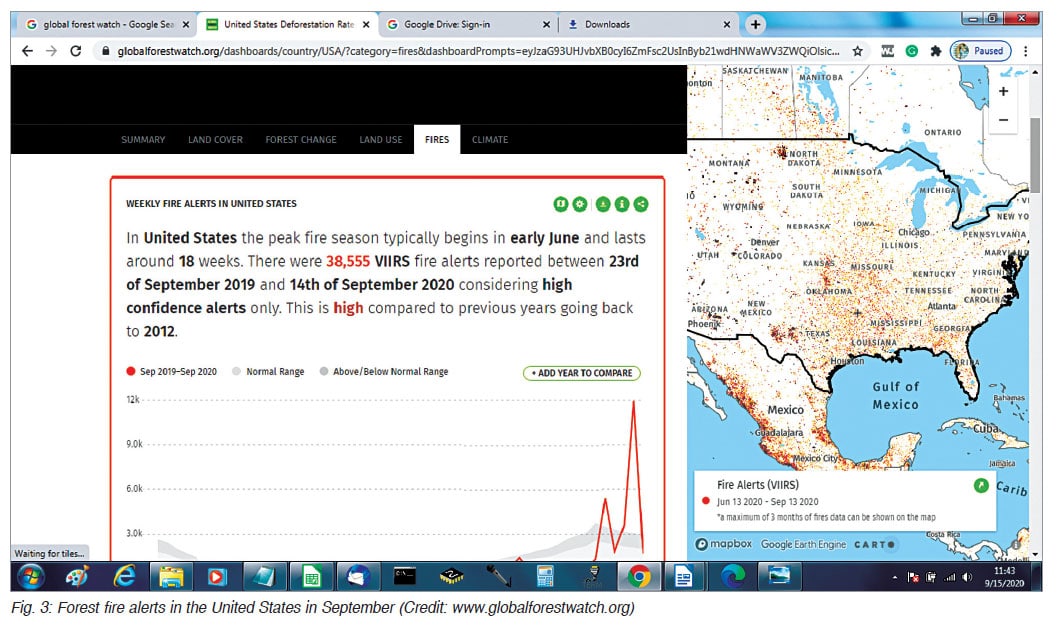 SilviaTerra. This startup company in the US provides next-generation, highly accurate forest inventory data. It is powered by Microsoft technology. It uses AI and satellite imaging to predict sizes, species, and health of forest trees. The health of forests is important to help fight climate change.

Sidewalk Labs. This company is harnessing digital technologies to solve urban traffic problems. One of their projects focuses on how traffic flows in a city and checks the hotspot of congestion. The goal is to reduce air pollution and improve efficient transportation in a city.

CycleGAN. The Cycle Generative Adversarial Network or CycleGAN is basically a technique to transfer characteristics of one image to another. A student at the University of Montreal first invented Generative Adversarial Networks (GANs) in 2014. CycleGAN is an approach to train a deep convolutional neural network for image-to-image translation tasks. It uses AI to train itself to produce images that portray geographical locations before and after extreme weather conditions. The final images produced could help scientists predict the impact of certain climate changes, thereby helping humans to take appropriate actions.

DeepMind. Google DeepMind developed an AI algorithm that teaches itself to use only the bare minimum amount of energy necessary to cool Google’s data centres. Google was able to cut the amount of energy they use to cool their data centres by 35 per cent. Studies have shown that more and more data centres are coming up, and the energy needed to power these data centres is also increasing. However, as of now, the energy usage at these centres may not be of much significance as compared to the total energy consumption. 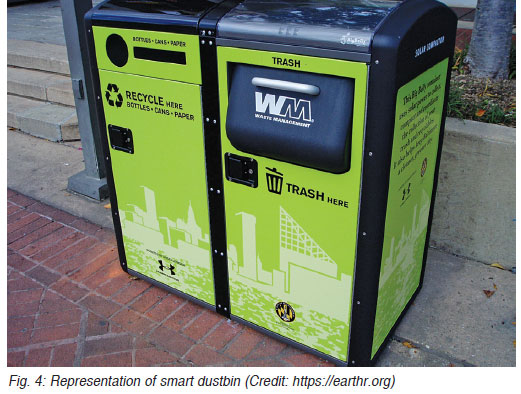 Smart dustbins. Smart dustbins help reduce carbon emission. Rubbish trucks come for pick up only if the bins are 75 per cent full, thus saving time, energy, and reducing traffic congestion. AirBin smart dustbin (short for artificial intelligence radio bins) is one such system developed by the Indian Institute of Technology (IIT), Madras, which enables remote monitoring of waste accumulation levels through a smartphone. The system can be retrofitted on to existing garbage bins to monitor the dustbin levels. 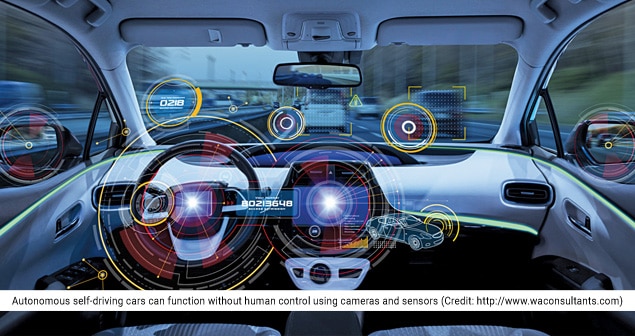