How wearable tech can help in combating covid-19

Where We Stand In The Race To Quantum Computing Technology

With awareness regarding the benefits of electric mobility in maintaining a clean and green environment, it has gained drastic importance in India over the last few years. Now with the goal of self-reliance for reviving the country’s economy, fostering Made in India technologies and replacing conventional fuel become far more crucial.

So a Bengaluru-based startup established by Niraj Rajmohan and Narayan Subramaniam in 2015, Ultraviolette Automotive unveiled F77, a high-performance premium electric sports bike last year with an aim to boost the electric vehicle (EV) sector and bust the myths around it.

The company spent the initial years in building a business model and testing prototypes of motorcycles, chargers, and modular batteries through self-funded capital, starting with the first prototype completion in June 2016. It won the excellent design award at the International Bike Festival 2016 in Taipei for developing a hybrid cycle. In 2017, automobile company TVS bought 15 per cent stake in the startup, which grew to about 25 per cent later on.

The two-wheeler having a lightweight steel-aluminium frame uses a sealed motor and electronic modules. It has only hand controls and there is no clutch. The range varies according to the load, driving pattern, road conditions, ambient conditions such as temperature, and so on. Previous data from riders and vehicles over a period of time is fed into machine learning models, and range estimates are provided on the dashboard. The data collected from different sensors is also useful in diagnosing and predicting problems before their occurrence. With a top speed of 147kmph, immediate torque of 90Nm all-electric powertrain, and acceleration of 0-60kmph in 2.9 seconds, a range of about 150 km using three modular lithium-ion battery packs on a single charge can be achieved.

The smart e-bike uses modular battery technology to regulate heat dissipation issues, thereby improving the lifecycle of the battery. The EV has IP67 rated battery that can be charged at home with normal 230V AC mains. A regular 5A socket is suitable for the standard charger that takes three hours to charge to eighty per cent capacity while the fast charger works with a 15A socket and completes eighty per cent charging in fifty minutes. Using CCS Type-2 connector with a qualified DC-fast charger completes fast-charging within ninety minutes.

It comes with connected features like ride telematics, multiple ride modes (eco, sports, and insane), preventive maintenance, remote diagnostics, regenerative braking, and over-the-air (OTA) updates on a mobile application. FindMyBike feature allows users to locate the bike via LTE connectivity and GPS positioning and lock it down in real time, if required. According to the company, the vehicle has been tested for the toughest and most extreme terrain and climatic conditions in India and is capable of travelling through 30cm of water while passing through waterlogged areas.

The motorcycle is available in three variants—F77 Lightning, F77 Shadow, and F77 Laser—in a price range of Rs. 300,000 to Rs. 325,000 (on-road). The company is also working on setting up a nationwide smart network of charging points, beginning with Bengaluru. 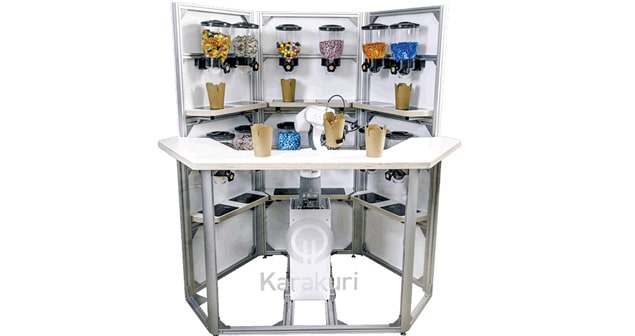 Bringing automation to the kitchen with robotics