How IoT can prevent food waste 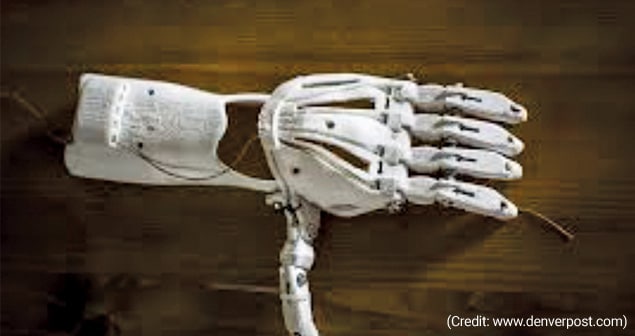 The introduction of 3D-printed prosthetics in healthcare sector has transformed the lives of many people. It has the potential to even save lives, with applications ranging from 3D-printed hearts to prosthetic limbs. 3D printers, along with some basic tools, allow anyone to design and print custom design parts

3D printing has the potential to change or sometimes even save lives, with applications ranging from 3D-printed hearts to prosthetic limbs.

Besides being affordable for even developing countries, 3D printers, along with some basic tools, allow anyone to design and print custom design parts. This helps in making prosthetics that are custom fit to an individual. Today, 3D-printed artificial limbs can be customised to any level of amputation or be task-specific, allowing different prosthetics for sports, work, and other tasks. Other advantages include high resistance, durability, and rapid prototyping as well as manufacturing. The goal of replacing a missing human limb with prosthetic devices is to mimic the functionality of the limb as much as possible.

Differentiating on the basis of control, prosthetic devices can be mainly divided into passive, myoelectric, or mechanical and body-powered. Passive prosthetics are simple devices that are just made to restore basic appearance and functionality.

Myoelectric controlled prosthetics measure electromyography signals that get generated via muscle contractions near an amputee’s residual limb. Based on these signals received through electrodes, the microcontroller processes information and controls actuators. This type of prosthetic has a high degree of success in rehabilitation.

For example, 3D-printed prosthetic myoelectric arms from the non-profit organisation, Limbitless Solutions use muscle-flexing in the remaining portion of the arm, detected by leads attached to the skin, to guide movement in the prosthetic. As the name suggests, body-powered prosthetics are controlled via simple devices like metal hooks connected to the user and are the most common.

For the development of the product, the measurements of the affected area are sent generally by a doctor. The material for printing has to be such that the client’s body does not reject it. The printed object should be comfortable for users and ensure their safety. For facial prosthetics, skin colour and eyelashes are made to match the patient. The model is created using technologies such as stereolithography. Rapid prototyping is done only after testing and manufacturing the final model.

Hands and arms are among the most common 3D-printed prosthetics. Leg prostheses are quite complicated in design as compared to hands and arms. Dental prosthesis for customised teeth is also popular. In 2018, two children in Manipal, India, received 3D-printed prosthetic limbs from Hastha Centre for Congenital Hand Differences facility at the Department of Orthopedics at Kasturba Hospital.

One can learn about their development via different platforms. E-Nable is a popular platform for 3D prosthetics where community members worldwide share their projects and designs along with the procedure implemented. This allows individuals to become small-scale manufacturers and sellers.

This not only helps humans but even animals like lizards and penguins since a proper scan can be made with a 3D scanner for 3D modelling. There are many cases already where body parts like prosthetic paws, beaks, and leg braces have helped the suffering animals.

For example, a dog in the US, which was born with a malformation in the legs, can now run very efficiently through 3D-printed wheel-shaped legs. In another instance, a 4-month-old kitten Sonic was missing a bone in one of his front legs, which could have caused extreme deformities in the rest of its body later on. A prototype was developed for the paw, and the movement of the kitten was noted to make adjustments. Finally, a comfortable paw was made out of carbon fibre, which allowed the cat to move easily.

Be it for humans or animals, it is extremely important to choose the right brand to ensure quality devices. 3D printing provides a promising possibility, but there is a need for specific design guidelines so that the right choices can be made.