“Everything… Is Automated Now” 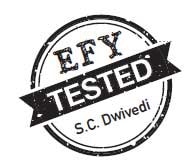 This portable solar-powered lantern with auto bedlight for everyday use can be made with easily available components.

The solar panel powers the circuit. When the panel is under the sun, it charges the 4V lead-acid battery (BATT.1) via diode D1. Within eight hours, the battery gets almost fully charged. There is an option to charge the battery via a 5V USB charger during rainy season or when sunlight is not present. Charging is indicated by LED1. 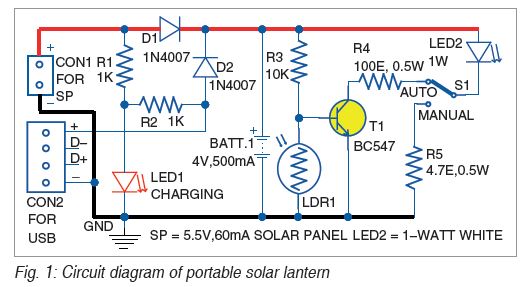 You can switch on the lantern using switch S1, which has two positions: auto and manual. During day time, if S1 is kept in auto mode, the lantern’s white LED2 will not glow.

During night time, LDR1 offers high resistance, which allows transistor T1 (BC547) to conduct through resistor R3. This makes LED2 glow, so it can be used as a bed-light or night lamp.

The LDR automatically takes care of the load during day time as well as night time in auto mode. When S1 is in manual mode, you need to switch off LED2 either by removing the battery, or solar panel, or the USB charger. 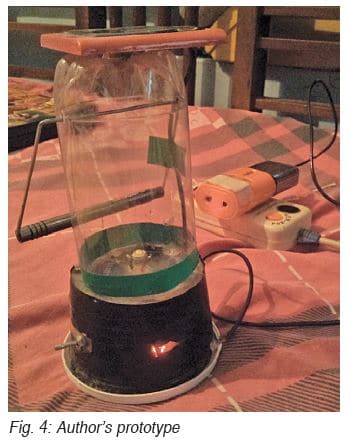 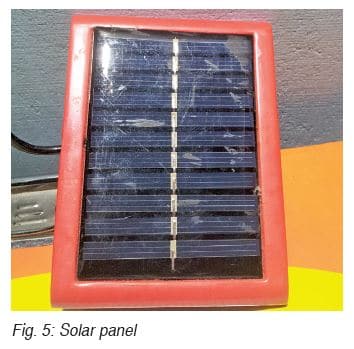 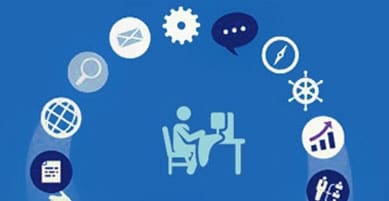