A solution to fight the Mosquito Menace - Electronics for You

Kitchen Appliances Get A Technology Makeover 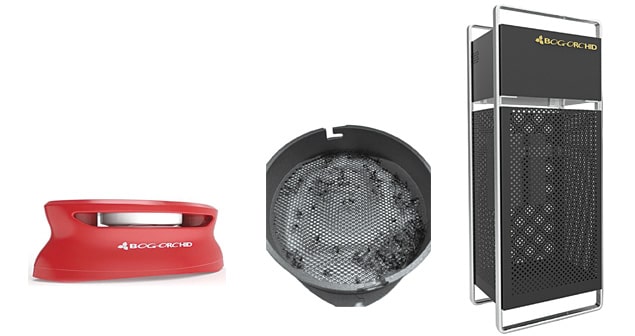 When we think about the deadliest animals and insects in the world, snakes, sharks, crocodiles, spiders top our list of answers. Contrary to these beliefs, mosquitoes are the vectors for diseases like malaria, Zika, dengue, chikungunya, and yellow fever that are responsible for the largest number of human deaths every year. WHO reported 438,000 deaths caused by malaria alone in 2015. On World Mosquito Day 2018, Bill Gates mentioned that mosquitoes kill more people in a day than sharks do in a century.

Out of thousands of mosquito species, the disease-causing ones were primarily confined to the tropics earlier but global warming is causing them to move into more temperate zones. Dengue, which existed in only nine countries in the 1970s, is now endemic in 128 countries and affects around 96 million people each year, according to global data collated by WHO. From employing drones to vaccines, different techniques are being used to deal with the challenge.

Understanding the seriousness of the issue, an IIT-Madras incubated startup MGH Labs developed its first simple, non-toxic, sustainable innovation, Bogorchid with the aim of shrinking mosquito population to eradicate diseases by leveraging science and technology. Weighing nearly one kg, one Bogorchid machine effectively covers up to 186 sq. metres area (approximately 2000 sq. feet) which is sufficient to get rid of mosquitoes in a home. It has a cord length of 3.2 metres and can be powered by a 230V source.

The extract in the machine uses several artificially generated non-toxic elements such as human odour, generally used by mosquitoes to identify their food, to attract and trap these insects in a suffocation chamber, killing them naturally. The user can see and count the number of mosquitoes that get caught and killed on a daily basis.

Existing solutions like repellants and electrical traps have some drawbacks. Repellants come in many forms but work in a similar way. Mosquito mats, papers, coils, etc burn toxic chemicals to create the smell. In other cases, the liquid evaporated from a bottle creates deadly fumes to deal with the mosquitoes, which affect human health too. Electric traps use ultraviolet light to lure the mosquitoes and kill every insect that comes near the electric rod. The rod gets covered with insects after a period of time and starts emitting a foul odour. Mosquito bats and nets have their limitations, too.

Unlike these products, Bogorchid provides safety from mosquito-borne diseases with eighty per cent efficiency, while ensuring that the surrounding air is free from germs and bacteria. It is designed in India keeping in mind the country’s weather conditions. The chemical emits no smell, contains no harmful contents, and has no side effects. This makes it suitable for homes with children, elders, asthma, and sinus patients.

The original model was introduced in two colours at a price of ₹1887 per unit. The outdoor device comes with a fine mesh catch bag and can cover a maximum range of thirty metres. Separately, the refill bottles containing synthetic pheromone to mimic odour were priced at ` 150 per unit. Currently, the model is being revamped and not available for purchase.