How To Get Your Startup Funded - Electronics for You

The IoT To Make Microscopes Smarter 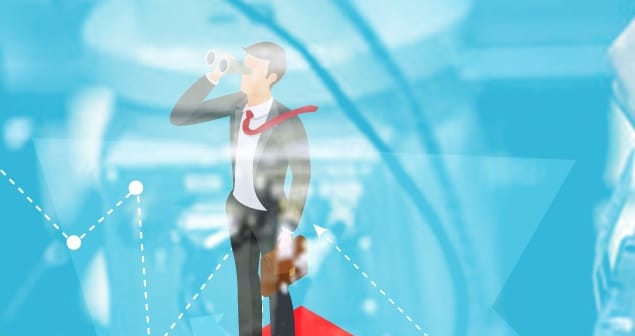 The Indian electronics system design and manufacturing (ESDM) and the Internet of Things (IoT) startup story has had many highs as well as lows. While the boom truly began in 2013, it was only over the next two years that investors poured money to back entrepreneurs, products and ideas.

Angel investors are the support pillars on which a startup ecosystem is built. They are the ones who make the first bet on emerging startups, when others hesitate. While this is a risk for angel investors, their investments come as much-needed third-party validation for startups. Angels, thus, play a crucial role in fuelling a startup’s journey and building the successful companies of the future.

Angel investors are also a preferred source of equity rather than VC, as they support a wider range of innovations in comparison to VCs. Angel investors do not shy away from investing in a broad range of sectors and geographies, and do not overlook local startups either.

Indian startups have always struggled to attract angel investments as compared to young firms in other leading ecosystems. It is only recently that we have witnessed a boom in angel investments, which is likely to change the angel funding scenario in the country.

Dr Omkar Rai, director general of the Software Technology Parks of India (STPI), is of the opinion that many startups can get closer to investors through incubators. These incubators have close links to investors. Similarly, startups need more such channels to get access to angel funders.

Is there a dearth of funds
Startups work hard to come up with innovations that can solve major practical challenges in the most efficient ways and yet fall short of getting sufficient funds. So, is it a lack of funds that is causing this situation?

If we look at banking and financial institutions as a source of funds, they do not want to take risks in the early stages of a company’s growth cycle. Risks can only be taken by people who can envision the direction that startups will head. So, ideally, these have to be people who have insights into the core business as well as an understanding of new developments that are going to take shape in the future.
Till now, India has been more of a software and IT-focused ecosystem. It is easier to build a business in that domain because, at the end of the day, a startup’s idea and coding skills are what will build a new company. Moreover, such business cases are already established, making it an easy bet for investors as well.

On the other hand, electronics startups need a lot more capital upfront and a unique business case to be able to build a successful company. There are many more risks involved, which make both the entrepreneur and the investor think before plunging in. Moreover, the electronics industry has a longer development lifecycle and growth metrics, whereas the investor’s world has its own short-term metrics.

Yet, to make things a little easier for startups, newer opportunities are emerging. For technology startups, The IndUS Entrepreneurs (TIE)—one of the largest entrepreneur organisations in the world—is active across the country. It has created Indian Angel Network (IAN), which is the biggest angel funding organisation that supports pre-incubation investments. Currently, a major chunk of angel funding is coming through IAN and the incubators themselves. On the sidelines, funding is also being provided by private stakeholders who are making initial funding available to ESDM and IoT startups.

All incubators under Atal Innovation Mission are being funded by Niti Aayog. A portion of the funds can be used towards angel investments, informs Rai. Mitra of Lead Angels also feels that there is enough money among angel networks and micro VC funds for good ESDM and IoT projects. “We do see competition among them to invest in top-tier companies,” says Mitra.

Current challenges
Regarding the primary challenge that a tech startup encounters in the country, Rai says, “Most of the startups want to have a domestic market for their products, and would like to access both the market and the capital. They also want to have some preferential procurement done by the government.”

Rai highlights the lack of business experience of most founders. On top of that, lack of success stories in the electronics manufacturing and IoT space till now is also acting as a major hindrance in this entire situation.

Coupled with these existing challenges, Mitra also views poor infrastructure as a serious problem. This includes lack of a proper hardware production ecosystem in India. The country’s dependence on imports for components and production services results in higher costs and a sub-optimal turnaround time for entrepreneurs. “It is a little bit of a chicken and egg problem. Infrastructure gets created when there is a demand; but only when there is good infrastructure does demand get addressed,” says Mitra.

ESDM and the IoT
Coming to the question of a culture of innovation, does India have enough ESDM and IoT startups today? We spoke to members of Bharat Innovation Fund (BIF), one of the leading early stage venture funds with a mission to invest in IP-driven Indian startups.

Shyam Menon, partner and co-founder of BIF, states that from an IoT perspective there is no shortage of startups in India. Regarding ESDM, while Menon sees more companies getting into the field, India’s inability to build chips or hardware locally eventually results in fewer startups coming out of this country. However, over time, as more hardware capabilities, hardware accelerators and improvements to the existing hardware infrastructure come in, the situation will get better.

Though electronics design firms have emerged across the country, most of the electronic components are still being procured from outside. As an immediate preventive measure, Menon says that India needs to reduce its dependence on imports and speed up R&D work at the ground level.

The IoT To Make Microscopes Smarter