Charging 2.0: The Shift to Reverse Wireless Charging - Electronics for You 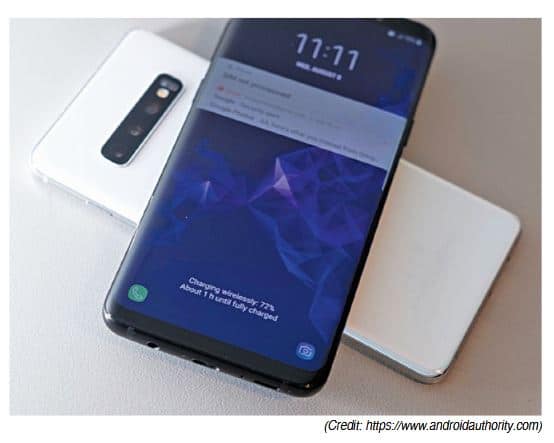 It is possible to mould the idea of using one device to charge another for different kinds of applications that require power, including cellphones and electric vehicles

Ever since cellphones were launched, we have been using mostly wired chargers for charging the devices. On several occasions, I, like many others, have wished that there were no cables, or power could be transferred from another charged device in emergency situations, especially while travelling. Wireless charging is one such innovative idea that manufacturers have tried to break through for years to compete with each other. Wireless and reverse wireless charging (also called device to device charging or wireless power share) have now entered the commercial market.

For wireless charging, wireless chargers and Wireless Power Consortium (WPC) Qi add-ons are necessary. Many new variations to suit different applications are coming up in the wireless charging market. Uncoupled wireless charging can charge through walls and is suitable for greater distances like in offices and other similar places. For example, approved by Federal Communications Commission (FCC), US-based company Ossia’s Forever Tracking chargers aim to wirelessly charge several Internet of Things (IoT) devices from about five metres, or even further away, using radio frequency (RF). Devices can be managed through the cloud platform of the organisation. Unlike generic wireless chargers, this technology does not require charging pads. Such technologies could cater to the needs of logistics firms during transportation. According to a research report by Market Research Inc., the wireless charging market is expected to grow at a CAGR of more than 35 per cent, from 2019 to 2025.

Wireless phone charging feature can also be seen in cars on a wide scale these days. ZeeHoo wireless charger is one such device.

For instance, devices like Huawei Mate 20 Pro, Huawei Mate 30 Pro, Samsung Galaxy S10 and Samsung Galaxy Note 10+ offer this low power solution and sizeable battery capacities to charge other Qi compatible products includ-ing other smartphones, cameras, smartwatches, wireless headphones and so on. Different devices from various brands charge at different speeds. Before activating this feature, protective covers and other accessories, particularly metal objects, need to be detached from both devices for proper working. Both devices need to be turned on. When the recipient device is paired back to back with the source device in a way that charging coils present inside them get aligned for proper connection, power starts getting transferred on its own. In some cases, multiple induction coils are present to ensure that the battery gets charged irrespective of the position of devices. The screen confirms once the devices have connected and an LED indicator shows when the recipient phone begins charging, in most cases. Once required power is transferred, the devices can be separated.

Only one recipient device can be charged at a time. Source devices have a depletion limit on how much energy they can output from their batteries, such as disabling the option below twenty per cent. Backs of source and recipient devices must be free from dust, dirt or moisture. Also, these should not be placed on a metal surface while charging. Charging efficiency depends on distance between coils, and condition of the devices or that of the surrounding environment. Charge transfer can also be done while the source phone is getting charged.It is possible to mould the idea of using one device to charge another for different kinds of applications that require power. To understand the implications, take the example of US-based electric vehicle (EV) startup Rivian that plans to have a vehicle to vehicle (V2V) charging feature for its R1T and R1S models, in addition to auxiliary battery packs. However, it is yet to be seen how decentralised charging of this sort impacts the auto-mobile sector.