An Autonomous Robot To Clean Solar Panels - Electronics for You 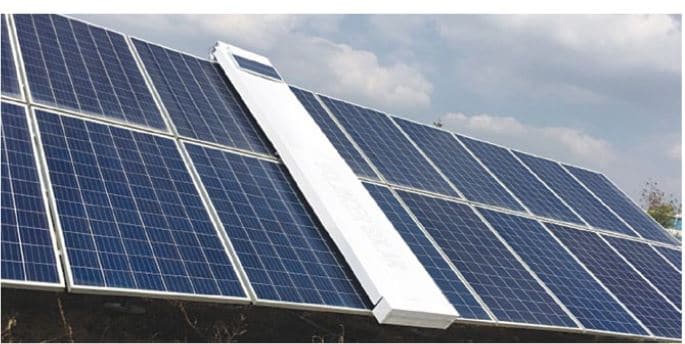 Among renewable energies available worldwide, solar is used extensively due to its abundant availability. For this energy to be utilised effectively, efficiency of the solar panels plays a major role in conversion to electrical energy. Factors such as dust particles, atmospheric dirt, pollen grains, bird droppings, weather conditions and surrounding elements cause a major loss in the production efficiency of the modules, which has a direct impact on the cost of solar electricity. Hence, solar panels require regular cleaning.

However, the problem lies in the fact that this requires large manpower and high water supply, which incurs a huge cost, both monetarily and environmentally. Frequent manual cleaning is difficult, and the panels may even get damaged due to excess water. For coping with these hurdles, Skilancer Solar, a startup founded in 2017 by Neeraj Kumar and Manish Kumar Das, has built a centrally-con-trolled robot with elements of artificial intelligence (AI) for automatic and effective cleaning of panels whenever required. It is energy-independent with a pre-installed solar panel on its body to power itself.

The company is incubated at L-Incubator, IIM Luc-know and is, thus, fully supported by the government organisation, as mentioned by Kumar. This robotic cleaning technology uses less water and provides effective dust removal, which serves people well, especially in remote areas. It works for decentralised, rooftop and utility-scale solar power plants. The robot is designed in such a way that it moves horizontally over the panels.

Made of just a few components, there are only four direct drive motors present on the entire assembly and no exposed electro-mechanical components. Motion of the robotic arms is regulated by Arduino-controlled direct current (DC) motor. Its rotating brush, composed of microfibres, is used for wiping the modules. As the arrange-ment runs on an array frame structure, there is no load bearing on the modules or their frames. The cleaner can change its angle automatically for alignment with the solar panels. The tilt angle ensures that rooftop and low-angle arrays get cleaned with fewer passes. Regarding pricing and life of the bot, Kumar says, “Pricing depends on size of the solar plant. Typically, it lies between ` 600,000 to 800,000 per mega-watts (MW) of solar plant capac-ity. Life of the product is fifteen years.”

There are several other features for the ease of the user. Security of data and information of the user stored in the server is taken care of. The system can be controlled from anywhere in the world. Real-time information about the machine can be obtained through instant notifica-tions, anytime, anywhere.

As this sector grows, more people are willing to invest in the renewable energy sector. Venture capital fund Alpha Ventures has recently funded the startup to help it in its growth. The company further plans to expand its operations. Kumar says, “We are at present working with ATmega-based microcontrollers (MCUs) for our auton-omous robot. We have built a smart system where the robot can judge such environment conditions as humidity, temperature, sun irradiance, soiling loss and function, accordingly.

The robot can decide the time of cleaning along with optimum speed of cleaning.” Kumar adds, “As the robot is fully autonomous, there are not many prob-lems faced by clients. However, one thing that they want us to improve on is the monitoring and analysis of the robot. For the same, we are developing a moni-toring system where the robot will send the generation report of the plant to the central server regularly, which will help us analyse efficiency of the robot.” 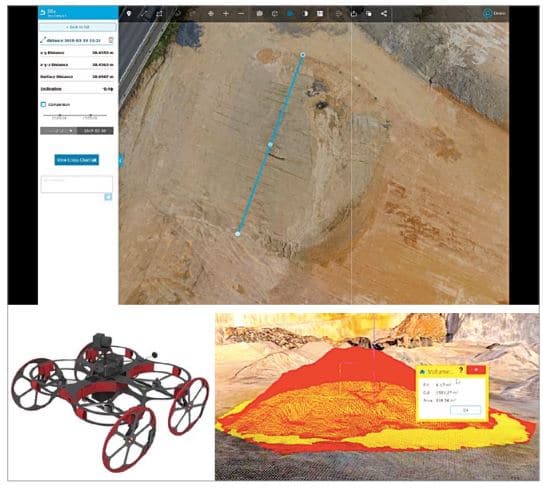 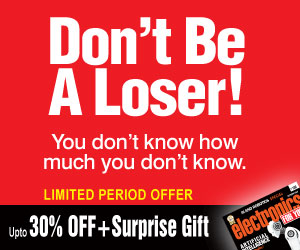