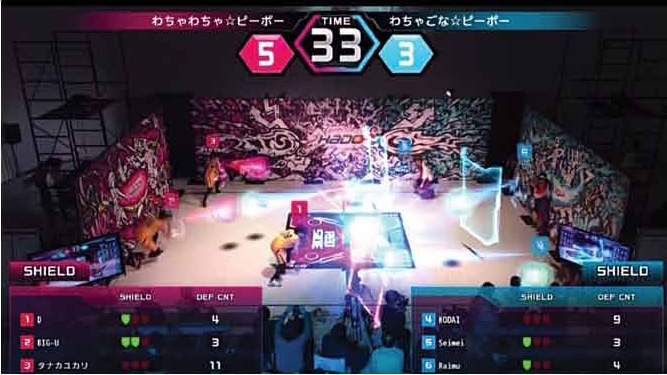 Technology has changed the lifestyle of people as well as dramatically altered the way businesses work. While in the sports market many new ideas have come up, the nature of physical sports remains the same even now.

Changing this scenario, augmented reality (AR) makes it possible to use technology beyond generic video games. Japan-based startup Meleap Inc., deriving its name from Merry Leap, was founded in 2014 by Hiroshi Fukuda and Araki Hitoshi, and went on to capture the imagination of everyone by introducing techno sport HADO, which amalgamates AR technology with physical movement. Arrival of AR devices like Oculus and Google Glass in the market gave an impetus to their idea of choosing AR.

Their first prototype was a full head mounted display, but it caused issues in movement. In the beginning, the company introduced Real Monster Battle game, which required people to roll around or jump to dodge vir-tual fireballs while competing against monsters or each other.

Later on, the startup decided to use its wearable AR model for bringing innovation to sports. In HADO, players wear head-mounted displays and armband sensors for an immersive experience. Teams have to create a strategy to defeat opponents through customised skills, formations and the like. Each player uses gestures to activate superpowers (energy ball or shield) to compete against each other. The team that scores the highest in the three-on-three game becomes the winner. Entertainment facilities like amusement parks and game arcades.

provide hands-on experience. Price of the ticket for the public varies based on location and type of match. To make the sport commercially successful, it was initially challenging to increase the number of sites for HADO. The company joined KDDI∞Labo cocreation platform, which boosted its growth by providing an opportunity to work with com-panies like TV ASAHI, in addition to increasing media coverage.

HADO was chosen to be a multiplayer game for achieving more popularity among masses. Besides a strong team, it is also necessary to ensure that viewers comprehend what is happening in the game and connect with other players, making it exciting to watch. This is possible through HADO Cheering & Tipping System that connects arena audiences and live broadcast viewers with their favourite teams or performances.

Actions like voting for teams or tipping teams and athletes for their performances are possible through phones. To engage more spectators, the company provides content to such sites as fitness centres, trampoline parks and Spotcha game, too.
In 2019, Meleap became an offi-cial member of Japan eSports Union (JeSU) to build a wider player base globally. It has expanded its business to 65 locations over the years and operates in 26 countries covering Europe, North America, Asia, Africa and the Middle East. It is looking for-ward to new sports and associations with various kinds of businesses in countries like China and Korea for further growth.
Many HADO competitions, such as HADO World Cup 2019 scheduled for December 15 in Tokyo, will be held in the coming months. As of now, HADO runs over standard Wi-Fi but the startup is looking forward to 5G as it has greater potential.